A comprehensive list of everything I've published under Starship Cat Press, all collected in one sticky posting.

The war was over, but where was the peace the victors had promised? 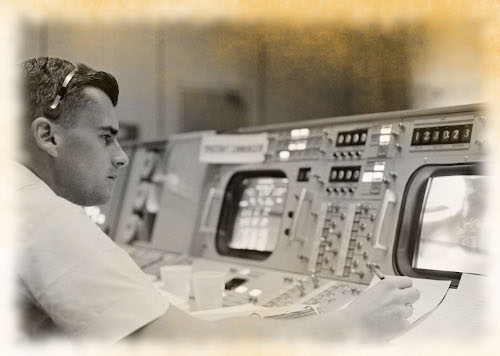 For this week's Odd Prompt over at More Odds Than Ends, I got my own fractal image. I did send it fairly late last Tuesday, thanks to dealing with the ongoing Issues with the home repairs, so it's possible that the list had already been prepared.

In overview mode, the data structures displayed as intricate patterns of colored light. Roger found it a good balance between the efficiencies of machine existence and the need to maintain his own humanity.

The problem showed up as a kinked line in what should've been a smooth arc. Roger touched it and the debug console came up, offering several ways to display the relevant code.

Even as he looked over his options, an alarm went off. No, not a problem with the code he was working on, or even the computer on which his consciousness ran. This alarm was from outside, and serious.

Roger opened a comm port, let it take the form of a tablet computer in his storyscape. It connected at once to the person raising the alarm.

Melton's avatar was a brightly-colored cartoon wolf. He coked his head the way so many furries did in costume to indicate they were listening. "Hey, buddy, we've got a major problem here. One of our sims slipped his containment and went on the lam in the 'Net."

That's not good. Melton's team was reconstructing the psyches of various famous figures of history in a program to run counter-factuals. Great men and women for the most part, but a sprinkling of darker figures, including a few Complete Monsters. And those last were the ones most likely to abscond.

On the other hand, someone like Nero or Caligula wasn't likely to be overly adept getting around in cyberspace. Even Industrial-Age tyrants like Hitler or Stalin were more likely to end up prisoners of their own obsessions than be able to start any dangerous movement.

No, the real danger wasn't the escaped sim, but the damage the escape would do to in the eyes of the mundane world. This timeline didn't have anything like the Dhaka Disaster to spark a moral panic against experiments in machine intelligence. However, they remained uneasy about it, enough to resist any efforts to raise the issue of AI personhood. No, AI's were property, and must have an owner. Roger himself enjoyed his liberty only by maintaining the fiction that he owned the spacecraft in which his primary processing systems resided, that his biological avatar was him.

****
This story belongs in the same continuity as Phoenix Dreams, which I reprinted this week as a stand-alone e-book (it was originally published in Lazarus Risen, an anthology of transhumanist speculative fiction.

If you enjoy it, you might also enjoy City of Blinding Light, in which Roger reappears, working under another name.

If you'd like to participate, just send your prompt to oddprompts@gmail.com. It can be a passage of prose or poetry, a song or video clip, but make it evocative.

In addition, I got my flash fiction done for this week's Indies Unlimited Flash Fiction Writing Challenge. In one of the vignette challenges I wrote a bit of a world where alien conquerors had transported human rebels to a distant planet. This time I took a look at it from the point of view of those left behind.

If you would like to participate, there are still a few hours left to get your submission in. Submissions close at 5PM Pacific Time, and the polls will open tomorrow to vote for your favorite.

marycatelli has a vignette challenge over at her LiveJournal. My effort takes us back to Shepardsport, and what history class looks like in a lunar settlement.

Starship Cat Press is proud to reprint "Phoenix Dreams," which was originally published in Lazarus Risen, an anthology of transhumanist speculative fiction.

In Greek myth, the phoenix is a bird that rises from its own ashes. Growing up in the city named for it, Toni knew the story well, and her experience with computer games made her comfortable with the idea of death being negotiable. So when she found a cache of old space memorabilia in her grandfather's attic, she never guessed that her eagerness to right a historic wrong would meet with such ferocious opposition.

But it only made her more determined to give this man his spaceflight, even a century late. She would learn the skills, develop the code, and do whatever it took.

Last week there was a vignette prompt at Sarah Hoyt's blog, but no book promo. This week it seems the vignette prompt has gone astray, but there are two new books you might want to look into, as well as a humorous tale of obstacles overcome.

Also, I just wanted to remind everyone about Joseph T Major's new novel. I'm hoping to start reading it shortly.

They thought he could help.
The First Man in Space was under pressure. He had to regain his flight status. A friend had died for him. And from all over the Soviet Union, workers and other proletarians wrote him begging for help. Sometimes he could help
And now, he was beginning to think, the Soviet Union was going the wrong way, a very wrong way.
They might decide to solve some matters. A dead hero can't disagree with the authorities.
So he reached out, to someone he had met, someone who was known, someone he thought he could trust.
Then, on a cold and clear Christmas night, he took the most daring step -- and the world changed.

In a tale of space flight, spying, and politics, people who thought they would never get into that sort of thing now found themselves propelled into it. A turbulent and tumultuous world is shaken into a different path, as leaders react to embarrassment with a desire for prestige, where the wish of a pilot is brought closer to coming through, and famous men are brought together, to find that enemies are more like them than they had imagined.

Please remember that indie writers depend upon reviews for visibility. If you've read and enjoyed something, please consider writing a review -- if not on Amazon.com, at least on Goodreads or on your blog.

Congratulations to Steve Stucko for winning last week's Indies Unlimited Flash Fiction Writing Challenge. There were a lot of really good stories in there, and I could tell I had a lot of competition.

A friend of mine just announced three new anthologies that she has material in. They're each very different in tone and sub-genre, although all are speculative fiction.

Every week, Indies Unlimited holds a Flash Fiction Writing Contest, running from Saturday to Tuesday. On Wednesday and Thursday, the submissions are put to a popular vote, and the winner is congratulated later in the week, typically on Sunday.

However, there is also a quarterly Editors' Choice award, in which the editors choose the best of each week's submissions in their view. They also reserve the right to make no choice if they do not regard any of that week's submission as worthy of the Editor's Choice award.

These stories are reprinted in an anthology, and news on the first quarter 2019 volume should be out soon.

I looked at my Hostgator cPanel earlier today, and when I checked the metrics, I discovered that I had over 1000 unique visitors at The Billion Light-Year Bookshelf, my book review website. This is the highest level of traffic I've ever achieved. Even when I was doing a lot of reviews, my high water mark was in the 800's.

Now if I can just get the time to write the reviews on the current pile of books, and see if I can kick it even higher.

The polls are open for the winner of this week's Indies Unlimited Flash Fiction Writing Challenge. Take a look at the stories and decide which one you like best.

You have until 5PM Pacific Time tomorrow, January 23, to cast your vote.

The repairs on our house have become Interesting, and not in a good way. After the mess on Saturday, our contractor has brought in another roofing contractor as a potential subcontractor (I get the impression from the man who's our contact in the field that he is very disappointed with the first company for not letting him know there was a dip in the roof as soon as their man got up there and started working). The new roofer says that there's no way to know how extensive the problems will be or how much will need to be done until they actually get up there and tear it down, layer by layer.

However, they're now talking about the possibility of needing to completely reframe the roof. This would involve turning it into an extension of the roof over the main part of the house so there would be one smooth slope, all covered with the same asphalt shingles. It would have the advantage of both better drainage and better visual unity, which will increase the value of the house. However, it will mean pretty much opening the addition to the sky while the work is being done, so every book, every paper, every computer, every stick of furniture will have to be removed for the duration. A lot of it will have to be put in storage, and I'll be doing all my business from the sofa, with my laptop literally on my lap.

Right now the biggest issue is whether the insurance company will pay for it. Our contractor's pointing out that this work is so extensive that the roof will no longer be grandfathered in, and must be brought up to present-day building code. However, if they don't agree, we could have to pay for it, which would be difficult in the extreme right now.

And there is always the possibility that they'll get in there and find even more issues that must be corrected. We know this addition was put in by someone who fancied himself a handyman, but who was not a professional builder, and it has some interesting peculiarities. In the absolute worst case, they could get in there and determine there's simply no way to bring the structure up to present-day code and it all has to be removed, reducing the house to its original square footage and leaving me without an office.
Collapse